Back to Amazon.com
Hey, you can only buy 3 of these.
Leave some for the rest of us!
Update the quantity in your cart.
Limit 3 per customer

The Woot Cellar. I don’t know how many times I’ve been back here, how many cases have led me down these dusky steps, steps that creak like a bitter old miser’s hip. Napa Valley has a population of over 136,000 people, and yet my cases always seem to end up here, in the darkest, dreariest hole this side of the Amazon.

This time, at least, I know who to blame. Phat Goose, an evil rat with a sharp drunken smile that looks like he’s been sipping the Cabernet of Dr. Calagari. He’s back from Italy, and looking to remind everyone, up to and including the evil bastard who runs the Cellar, who he is. Phat Goose is an old-school vendetta type, his family’s been in the Bay Area as long as anyone can remember. Once upon a time they ran champagne into San Francisco, but these days they’ve moved on to bigger, better things. Bloodier things. Reds, mostly.

Goose and I have tangled before, when he corked my girl a few years back. That got my attention; took every bit of my craftiness to force him into the bottleneck that ultimately led him to flee the country. Guess he’s forgotten our last little chat, or maybe just remembered it a little too well. At any rate, he’s back, and looking to put my grapes in a press. Going to succeed, too, if I can’t find that bottle.

The bottle in question, a top shelf Central Coast red, belongs to Timmy Sulfites, Napa’s most dangerous hitman. He and I’ve had our differences, but we’ve been able to breathe easy around each other since I scored him a couple dozen cases of back-alley Merlot. But this was one of his personal stock, and Phat Goose had framed me for the job. I was a picture perfect mark for it, too, a dead-end Wino with no future and way too much past. Only way I was gonna keep Timmy Sulfites from knocking my head around was to find the bottle before he knew it was gone.

As I weave through the racks, looking for the missing bottle, I let my mind wander back to that girl of mine. Full bodied, and sweet, sure, but with a dry wit that complimented me perfectly. Every day together, I was drunk on her. Ever since Goose put the corkscrews to her, I’ve just been hungover. Makes me wanna puke, but I’d hate for the old goat who runs the Cellar to know I was here, so I bite it back and gag on the aftertaste.

Don’t know why I’m here, anyhow. Just a hunch in my gut, I guess, but it’s a stupid risk. Last time the boss caught me in the Cellar, he locked me in a cask and chucked me in the Bay. He’s probably heard by now I didn’t drown, but hasn’t gotten around to finishing the job yet. He’s got a lot going on besides the Cellar; word is, he’s gotten his filthy paws into tech and housewares now, so while wine may still be his passion, murdering over it is just his hobby.

But back to the bottle. I figure Phat Goose wouldn’t keep it on him, just in case Timmy was dumb enough to believe me if I was dumb enough to tell ‘im the truth. He’s got a score to settle with the Cellar boss, so it’s just barely plausible he’d stash the bottle here, figuring that Timmy, being Timmy, was gonna kill somebody when he figured it was missing. Wouldn’t much matter to Goose which one of us it was.

I’m just about to give up when I notice an unmarked bottle on the bottom shelf, sticking out like an adulterous Pinocchio at Bible camp, swearing he’d never stick his nose in some poor girl’s business ever again. I examine the bottle, and while I can’t be sure without opening it, it smells ever so faintly of vanilla. And hope.

Two hours later, I’ve got the bottle back to Timmy Sulfites, and a couple hundred bucks I found in Goose’s wallet when he dropped it. Woulda handed it back to him, but he seemed awful busy having his belt buckle chained to the back of Timmy’s truck, and I didn’t wanna interrupt.

There’s enough here that I can afford a few days off. Maybe head down to the beach, with a couple good bottles, work on my tannins. 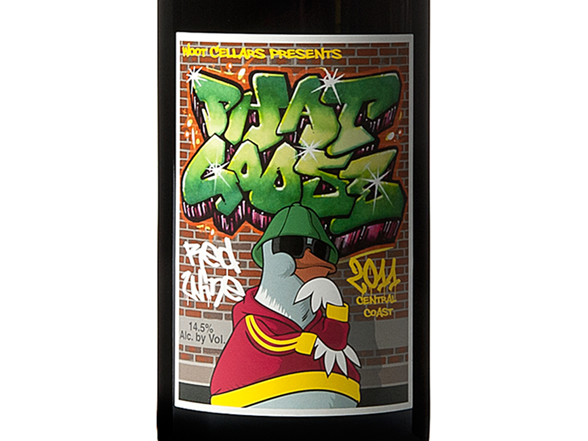 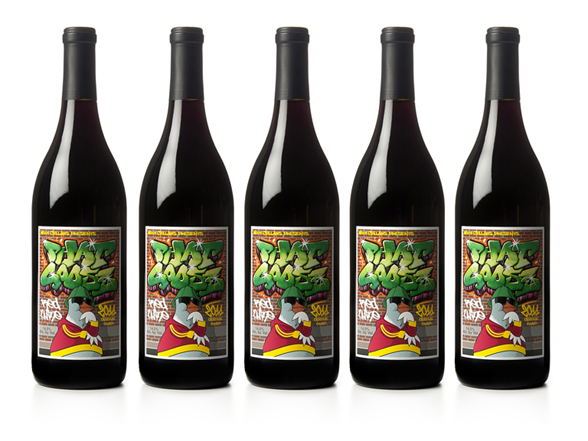 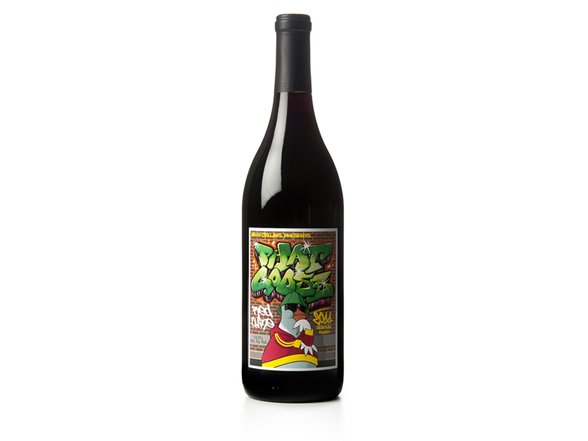 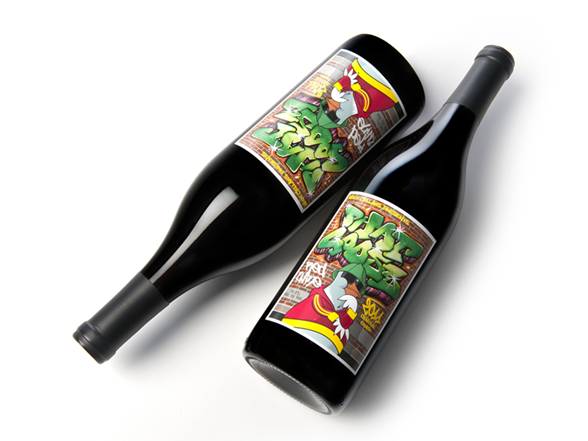 A blend specially made for Woot!  This Southern Rhone-inspired blend of Grenache, Syrah and Mourvedre showcases the best of these varietals from California's Central Coast. Grenache brings berry and spice notes to the mix while Syrah provides color and tannins and Mourvedre adds acidity and structure.

With more Syrah, this wine’s deeper indigo color hints at its ripe blackberry aromas and core flavor of dark fruits with a note of black pepper.  A sip reveals a balance of strong acidity and fine grain tannins supported by undertones of spice and blueberries.

The dry finish leaves the slightest hint of vanilla on the palate.  The harmonious balance of fruit, tannin and acidity makes this the friendliest and most versatile of food wines. The vibrant flavors would be well-matched with rosemary-rubbed grilled pork tenderloin or GSM-marinated tri-tip steak with leek bread pudding.

The spectacular beauty of California's central coast is probably the best-known region in all of California for its unique lifestyle. Monterey County's dramatic ocean scenery, historic communities, artistic culture, verdant pine forests, and bountiful agriculture have beckoned adventure-seekers, seafarers, artists, writers and vacationers for over 100 years. And the 99 miles of breathtaking Pacific coastline is something no other California county can boast.
With an inspiration to raise Monterey wines to the highest level, the wines of Hahn Estates are created with a philosophy that all great wines are special – akin to the region they were grown in. The Hahn wines celebrate everything that is Monterey – unique in thought, style and setting. In the mid-1970’s, Nicolaus “Nicky” Hahn and his wife, Gaby, bought two ranches –turned –vineyards in the Santa Lucia Highlands, in the renowned Monterey County appellation on California’s Central Coast.  They produced their first wines in 1980.  As we mark our 30th anniversary, the Hahns now own about 1,000 acres in Monterey County, with half in the Santa Lucia Highlands.  Hahn Family Wines produces eight brands: Hahn Winery, Smith & Hook, Hahn SLH Estate, Cycles Gladiator, Huntington, Lucienne, BIN 36, and Copa del Rey.