Back to Amazon.com
Hey, you can only buy 3 of these.
Leave some for the rest of us!
Update the quantity in your cart.
New
Limit 3 per customer

Sold Out
The Woot-Off is dead, but these deals live on!

I’m hanging from the Library of Congress upside down in a straitjacket. When this is over, I’m going to need some wine.

And you know what? I don’t want to have to fight the friggin’ bottle for it. I just want the cork to come right out. I want to be able to pull a lever that lifts the cork and then releases it quickly, because that’s the other thing I hate – having to wrestle the cork off the friggin’ screw. Oh, a foil wrapper? What do you say we just cut right through that, huh?

Maybe you’re thinking, “Harry, show a little patience. Would it kill you to wait just a bit longer like the rest of us?” Actually yeah, it could kill me, or at least, it could kill my career. You see, even if you can get hoisted up in the air and then free yourself from a straitjacket in two minutes, that goes out the window when the press watches you struggle to open a stupid bottle.

So, that’s why I only trust a corkscrew with my name on it. Because a Houdini doesn’t get stuck. 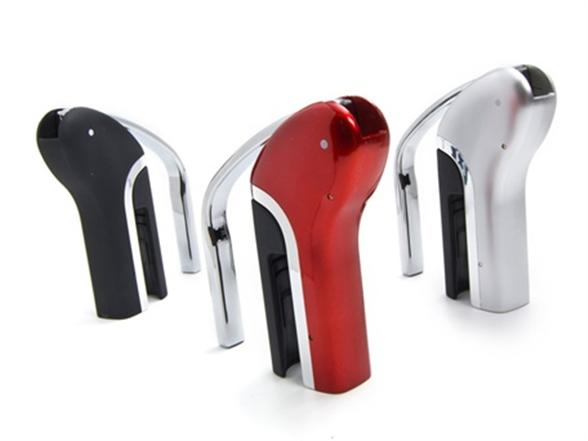 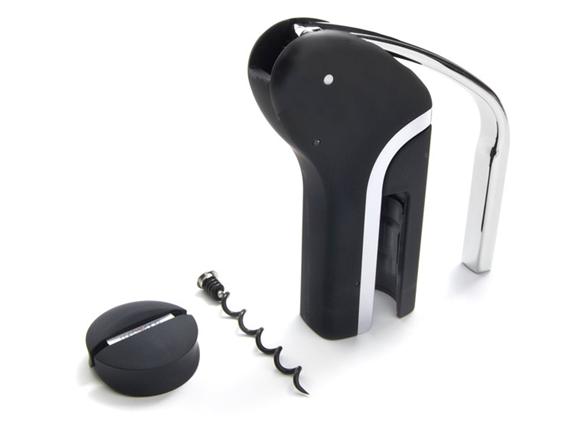 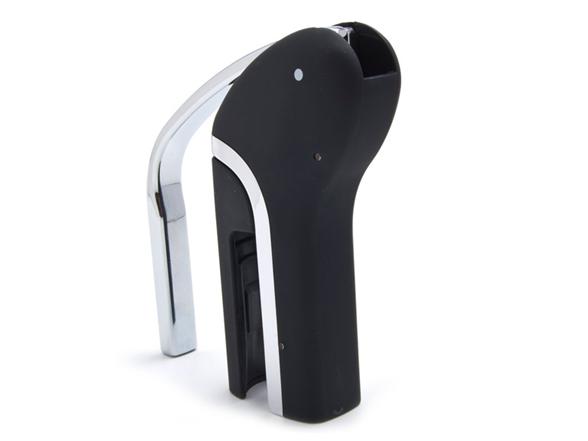 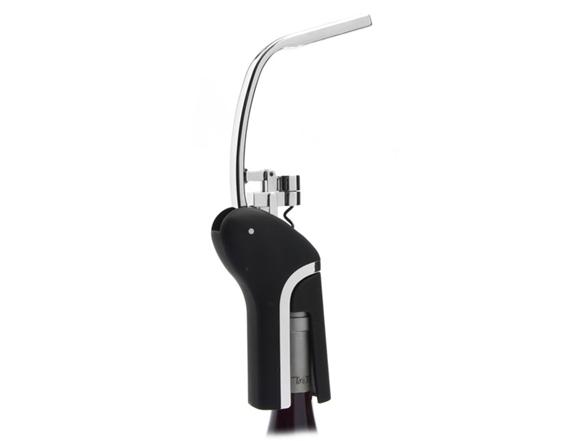 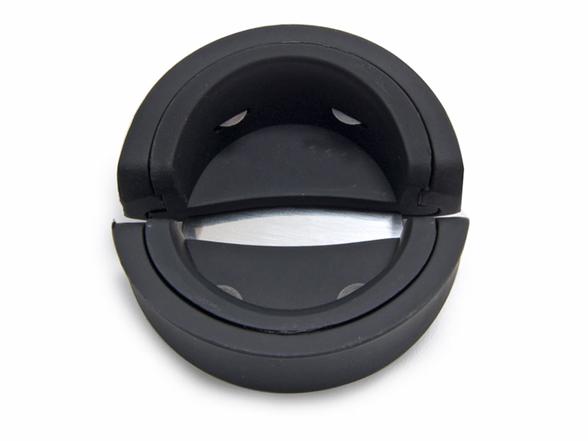 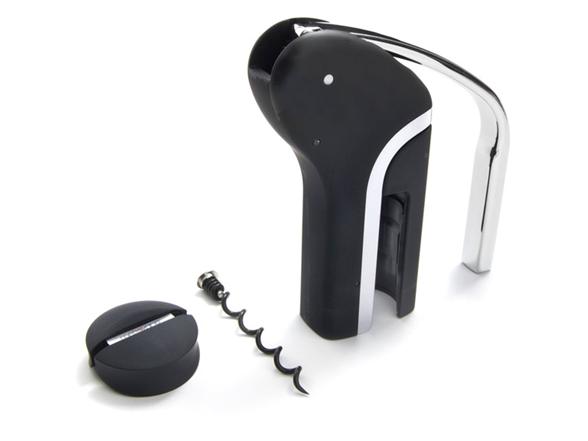 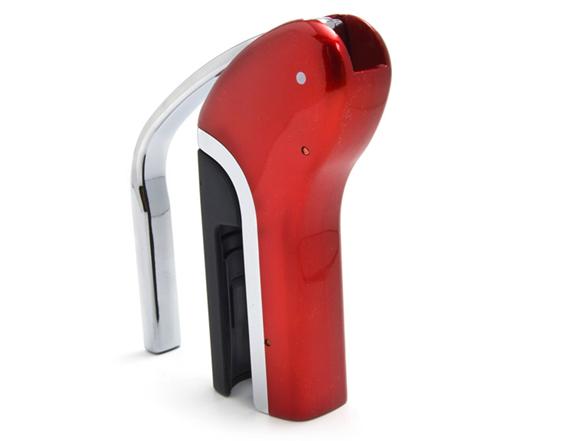 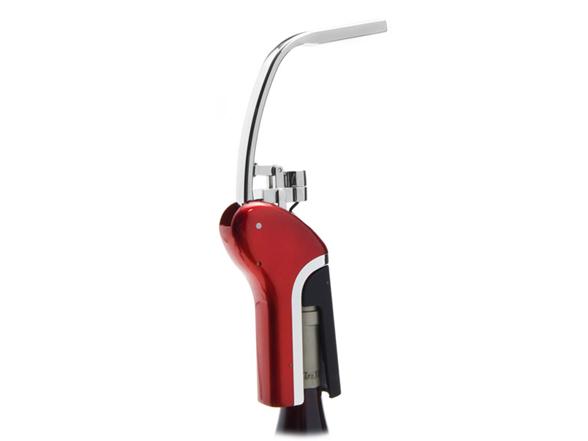 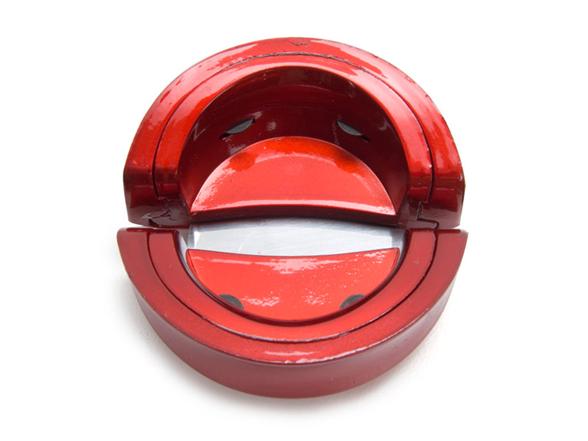 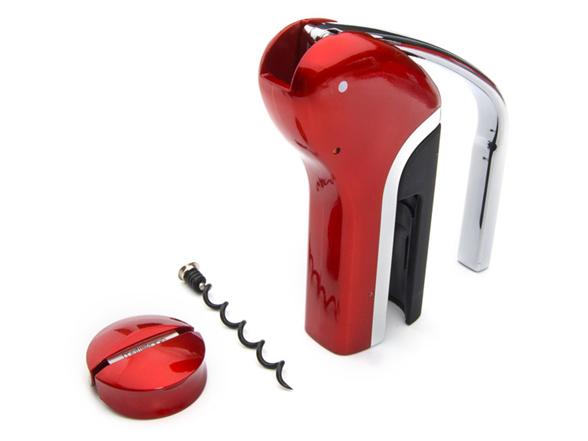 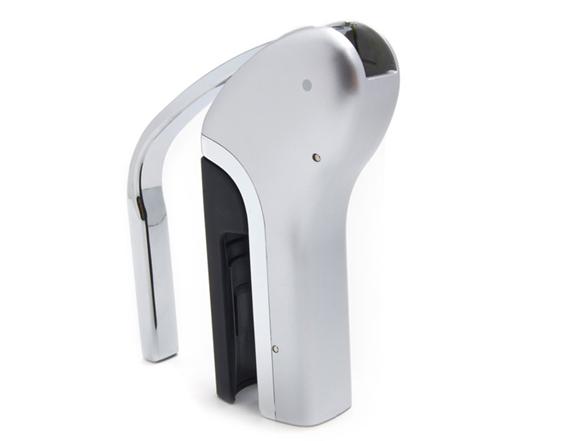 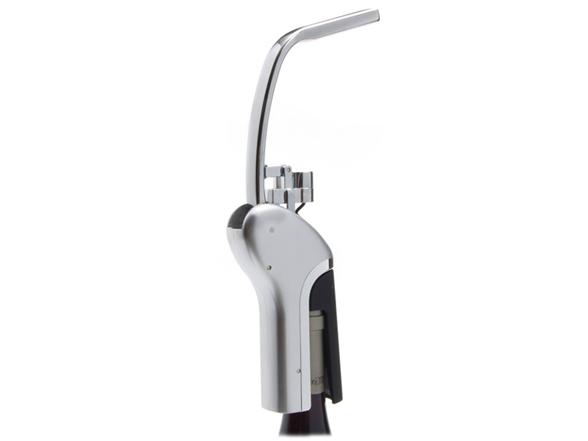 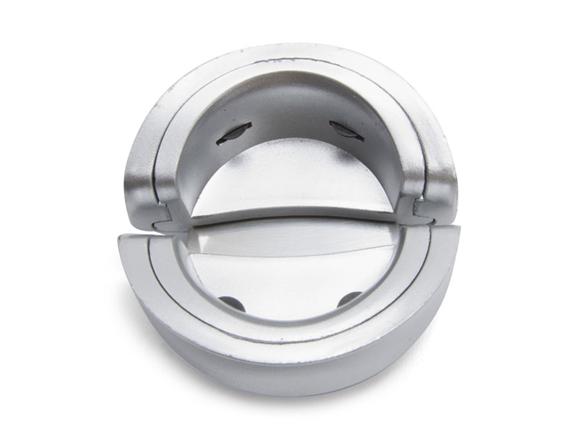 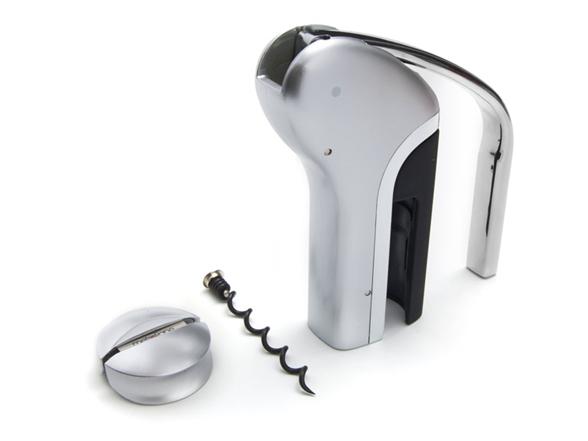 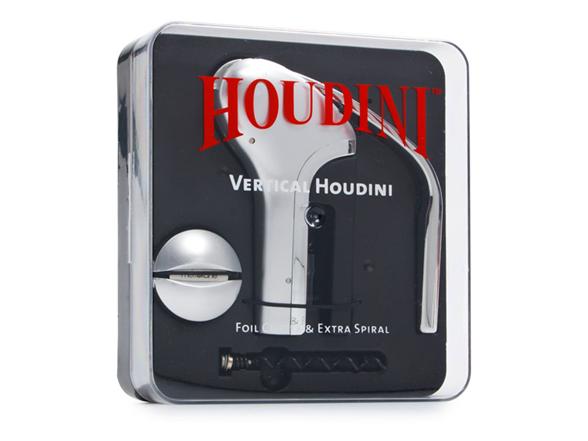 Metrokane was founded in 1983 by Riki Kane who had been an advertising copywriter and a syndicated journalist, creator of the popular newspaper word game, “Wordy Gurdy.” While travelling in Mexico, she purchased a manual citrus juicer, which she brought home to squeeze her morning orange juice. She was surprised to find that manual juicers had been extinct in the U.S. since the advent of electric citrus juicers in the ‘50’s. Convinced that the manual juicer is superior to the electric kind, she re-introduced it to the American market with a classic retro design called “The Mighty OJ.” Metrokane’s Mighty OJ Juicer was an immediate success in department and specialty stores around the country.
Initially, Ms. Kane ran the business from her apartment—expanding her line of juicers and fighting a long, but ultimately successful legal battle against Mighty OJ imitations (called “knock-offs” in the industry). As the company expanded, she was joined in the business by her husband, Bob Larimer, who had recently sold his advertising agency to a large company.